Warning: fread() expects parameter 1 to be resource, null given in /home/accoldio/public_html/wp-includes/functions.php on line 6030

Warning: fclose() expects parameter 1 to be resource, null given in /home/accoldio/public_html/wp-includes/functions.php on line 6033
 The ICC Preventive Function with Respect to the Crime of Aggression and International Politics. | ACCOLDI

The ICC Preventive Function with Respect to the Crime of Aggression and International Politics.

In most national systems, criminal liability arises when a person agrees to commit an ordinary crime, participates in the design of a criminal plan, or contributes to establishing the conditions necessary for its execution. The extension of the scope of criminal law at the national level to criminalize preparatory acts for ordinary crimes, regardless of whether the crime is subsequently completed or even initiated, has been used, to an important extent, to confront situations in which a group of persons engages in criminal conduct to achieve economic (e.g., trafficking of human beings, drugs, and weapons, or money laundering) or political (e.g., terrorism) goals. The question that then arises is why preparatory acts for the international crimes that come under the jurisdiction of international criminal tribunals and hybrid tribunals are not criminalized in international criminal law, for the most part. In addition to constituting the most egregious attack on the core values of international society, such acts are of a unique magnitude, have a collective nature, and take place in an organizational context.

The interpretation of the definition of the crime of aggression adopted in 2010 at the Kampala Review Conference brings up this very same question[i]. According to article 8 bis(1) of the Rome Statute of the International Criminal Court (ICC), the crime of aggression consists of the “the planning, preparation, initiation or execution, by a person in a position effectively to exercise control over or to direct the political or military action of a State, of an act of aggression which, by its character, gravity and scale, constitutes a manifest violation of the Charter of the United Nations.”[ii]Paragraph 2 of this provision completes the definition by further elaborating on what must be understood by an “act of aggression”: “the use of armed force by a State against the sovereignty, territorial integrity or political independence of another State, or in any other manner inconsistent with the Charter of the United Nations.”[iii] It then includes a list of acts, “which regardless of a declaration of war, shall, in accordance with United Nations General Assembly resolution 3314 (XXIX) of 14 December 1974, qualify as an act of aggression.”[iv]

For an external observer, the ordinary meaning of this definition leaves no room for doubt concerning the criminalization of the preparatory acts (e.g. planning) for a state’s act of aggression against another state, regardless of whether the act of aggression is ultimately completed or even initiated through a “substantial step.” This interpretation is further supported by the purpose of the Rome Statute and the functions entrusted to the ICC Prosecutor to achieve it. In this regard, it is important to highlight that acts of aggression are not unavoidable and often are not unforeseen. They usually take extensive planning and preparation by the highest political and military ranks of the aggressing state, as they require collective effort and organization within the state.[v] Furthermore, the international community usually has substantial information about impending acts of aggression, which, regrettably, is ignored or minimized by high-level national and international decision makers with competing political agendas.

The ICC´s mandate has a dual nature. On one hand, the ICC aims to end impunity for international crimes both to uphold international criminal law and reinforce the core societal values it protects and to send the message to the world’s leadership that those who engage in crimes within its jurisdiction will not get away with them.[vi] On the other hand, the ICC has a preventive function involving timely intervention in situations where there are tangible indicia of future crimes falling within the ICC’s jurisdiction, or where such crimes are already taking place.[vii] This second function is discharged primarily by the ICC Prosecutor through her preliminary examinations, which cover a broad range of situations.[viii]

Although the ICC Prosecutor cannot rely on coercive measures during her preliminary examinations and not all forms of States Party cooperation are available,[ix] the potential of preliminary examinations to incentivize national authorities should not be underestimated. Indeed, using diplomatic and media channels to bring the world’s attention to the plans of a state´s most senior leaders to execute acts of aggression—and highlighting the possibility that these leaders could escape ICC prosecution, should they abandon their plans and take the necessary preventive measures—has the potential to be a powerful tool. Moreover, from the perspective of ensuring a timely reaction to credible threats of aggression, the Rome Statute appears to offer unprecedented opportunities. While other international bodies, such as the UN Security Council and the UN General Assembly, usually engage in long negotiations before deciding to intervene in a situation, the ICC Prosecutor has greater flexibility and does not depend on interested stakeholders to open a preliminary examination.[x]

Furthermore, article 15 bis of the Rome Statute does not prevent the ICC Prosecutor from discharging her preventive function regarding the execution of acts of aggression. Under this provision, the Prosecutor can proceed with an investigation after concluding her preliminary examination only when the United Nations Security Council has made a determination that an act of aggression has taken place or with the authorization of the Pre-Trial Division, when two conditions are met: (i) the Security Council has not made a determination within six months of the ICC Prosecutor´s notification to the UN Secretary General of her conclusion that there is a reasonable basis to proceed; and (ii) the Security Council has not requested that the ICC Prosecutor refrain from opening an investigation under article 16 of the Rome Statute.[xi] The application of this provision, however, comes only at the end of the ICC Prosecutor´s preliminary examination. Therefore, it has no impact on the way in which the ICC Prosecutor may conduct her preliminary examination to discharge her mandate to prevent the execution of acts of aggression through timely intervention in situations where there are tangible indicia of their planning and preparation.

But, if an interpretation “in good faith in accordance with the ordinary meaning to be given to the terms”[xii] of article 8 bis and the fundamental purpose of the ICC support the criminalization of preparatory acts, why is there so much opposition to this interpretation among scholars and practitioners? For some, it is a question of positive law. The interpretation outlined above is contrary to the ICC Elements of Crimes, which require the actual commission of the act of aggression for criminal liability to arise for either the executed or the preparatory acts.[xiii] The ICC Elements of Crimes, however, cannot amend the content of the definition of the crimes provided for in the Rome Statute, as the elements must always “be consistent with . . . [the] Statute” and their role is limited to assisting the ICC in the Statute’s interpretation and application.[xiv]

For others, it is a question of the general theory of criminal law because the interpretation outlined above runs contrary to the “harm principle,”[xv] as it leads to the criminalization of preparatory acts without “the actual causation of harm or the actual violation of a protected (legal) interest in order to justify the intervention of the criminal law without violating the principle of culpability.”[xvi] Yet one cannot assert that such preparatory acts do not affect a protected legal interest of the states concerned and international society at large when there are tangible indicia of the planning and preparation of an act of aggression by the most senior state officials. Moreover, if the planning of an illegal sale of weapons by a group of persons acting in a concerted manner is considered to fulfill the harm principle in many examples of domestic legislation, how is it possible that the planning of an act of aggression against another state by a state’s highest political and military ranks cannot fulfill this principle?

Finally, for many, it is a question of international politics. The most powerful military power in the international community (the United States) not only is unbound and unaffected by the definition of the crime of aggression in the Rome Statute, but it has also tried consistently to avoid any definition of this crime.[xvii] Other major world and regional military powers, both with nuclear weapons capabilities (such as China, India, Israel, North Korea, Pakistan, and Russia) and without such capabilities (such as Egypt, Indonesia, Iran, Saudi Arabia, and Turkey), also are not bound or affected by the definition of crime of aggression in the Rome Statute.

Furthermore, the only two nuclear powers and permanent members of the UN Security Council that are States Parties to the Rome Statute (the United Kingdom and France) want a myriad of safeguards to make sure that the ICC does not interfere with the UN Security Council’s power to decide when there is a threat to peace, a breach of the peace, or an act of aggression and to take any necessary diplomatic, economic, or military coercive measures to maintain and restore international peace and security.[xviii] Other important actors in the international community, like Japan, have also called into question the legality of the final agreement reached in Kampala by the States’ Parties,[xix] even though article 15 bis ensures (i) that in the absence of a UN Security Council referral, the Kampala amendments apply only to acts of aggression committed by States Parties that have not lodged a declaration with the ICC Registrar declaring that they do not accept the ICC jurisdiction over the crime of aggression and (ii) that the ICC shall not exercise its jurisdiction over the crime of aggression when the acts are committed by nationals or in the territory of non-party states.[xx]

In light of this opposition, one wonders whether there will ever come a time when the main state actors in international society will be prepared to have their use of armed force against third states reviewed by an international tribunal for the purpose of adjudicating the criminal liability of their most senior political and military leaders. Needless to say, only when such time comes will the ICC Prosecutor be in a position to carry out her preliminary examinations effectively, fulfilling her mandate to prevent the execution of acts of aggression by the main military powers of the world against third states through timely intervention in situations where there are tangible indicia of their planning and preparation.

[ix] Upon the initiation of an investigation, the ICC Prosecutor can use coercive measures, as well as all forms of State Party cooperation provided for in Article 93 of the Rome Statute. See Rome Statute, supra note 2, arts. 54, 57, 93. 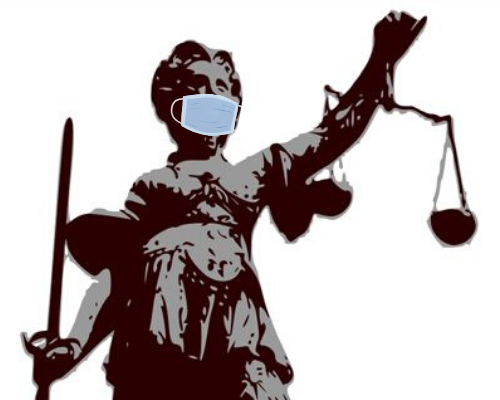